How Sensitive Are You?

If you’re reading this blog you’re probably already on the path to cultural sensitivity. Not because you’re learning from the most sensitive person in the world. I’m not. But because you’re making the effort to learn more about the subject. Hopefully you’re just as willing to learn more about other cultures you encounter in your church and community. 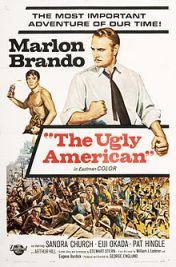 Many people practice cultural sensitivity when we travel overseas. In 1958 an influential fictional book was published with the title The Ugly American. It described a sensitive and insensitive approaches to interacting with locals in foreign countries. In time the phrase has often been associated with American tourists. However, tourists from all countries run the risk of being “ugly” when insensitive to local customs and values.

Most people I know when preparing for international travel take time to research the culture of their destination. Internet articles and numerous travel guides alert travelers to possible local sensitivities. Other people I know make an effort to speak to friends who’ve already traveled to those places and learn from their experiences.

But surely if I’m attending church with people who grew up in the same city as I did, I don’t need a “travel guide” to understand them! 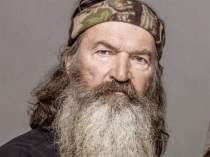 For several months I attended the church where Phil Robertson is an elder. I respect him, his family and the church. However, his comments in a GQ article regarding African-Americans that he observed prior to desegregation in the South demonstrated a lack of cultural sensitivity. He seems to assume that what he saw reflected the hearts of the people.

Practicing cultural sensitivity requires sitting down with those same people and saying, “I saw this and this on the news. How does it affect you?” Or maybe asking “Do you feel that our laws treat you as a lesser human being?” Without those conversations and efforts to understand those from another culture we’re never going to be sensitive to the thoughts and hearts of others.

Pursuing cultural sensitivity requires that we seek more than the facts regarding a culture, a race, or an historical event. True sensitivity demands that we seek to glimpse the feelings and heart of people with different experiences and values than ours.

Churches can promote the pursuit of sensitivity through organised events where different cultures exchange perspectives on various events. However, this does involve a risk of debating or comparing values. The most effective way for churches to embrace diverse ethnicities is for leaders to model the practice of cultural sensitivity one-on-one. These leaders will find themselves better equipped to lead the congregation along the multi-ethnic journey toward Cultural Competence.

The need for cultural education isn’t limited to when we travel. Too often we assume everyone sees the world the way we do. We need to pursue cultural sensitivity each time we engage people from a different cultural background to ourselves. Since loving our neighbour requires us to express that love in a way that is meaningful to them, we have a responsibility to first learn “what is meaningful to them”.

One thought on “How Sensitive Are You?”